It has been quite some time since my last post on this blog. I’ve switched hosting providers, optimized the site, and generally done a lot of things on the backend to make it more usable. But none of that is what you are reading this for–you want to know when the next book is coming out, right? Well here’s a general update!

My next novel is called The Astrogator. Here’s my working blurb:

“Astrogation is not for the clever, the smart, or the brave. An astrogator has to be the cleverest, the smartest, the bravest son of a gun in the entire Republican Navy–with the guts to stare in the deadly face of gravity and laugh, and the brains to best relativity at its own game.”

Grievously injured in the final orbital action of a bitter war, Thomas Dyson awakens to find that he is trumpeted as a hero of the battered Republic. Although a pawn in the political maneuvers that will decide the Republic’s future in space, he seizes the opportunity to chase a lifelong dream: to become an astrogator. Haunted by his fears and memories of his trauma, Dyson discovers that his last hope to conquer his demons lies with the very senator who exploited him–and that senator’s final, desperate bid to keep his countrymen exploring the stars. 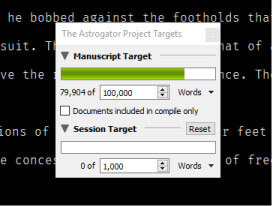 I’m about 80% of the way done with the first draft right now, as you can see. The plan is that once I finish this draft, I’ll let it sit and ferment for a few weeks or so, and then I’ll dive back in with major revisions and copyediting. Once that’s been completed, I intend to shop it around to sci-fi publishers and get a feel for the market. One way or the other, I hope to have it up for sale by late 2018 or early 2019—whether through a traditional publisher or self-published as my first novel. Speaking of my first novel…

Revisions on The Fire Comes to Thérèse

I’ve been planning revisions to my first novel for a while now. Rather than just simple edits, I intend to revamp some major elements of the story and incorporate some criticisms I’ve received along the way as I become a better writer. Obviously this isn’t going to be an ongoing process, and I think that one way or the other this will be the final revised edition (other than any glaring errors in formatting or the like).

Along with the rewriting, I’m excited to say that I have a beautiful new cover, courtesy of the fantastically skilled Nicola Weber. It’s so hard not to share it with you now, but trust me, it’ll be worth the wait. The cover will be revealed with the new, “Director’s Cut” of the novel, again hopefully before the end of 2018.

The Times They are A-Changin’ 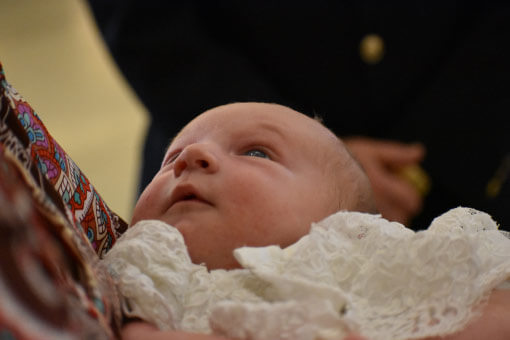 And what have I been doing, you say, in this year absence from updating this site? Well, I’ve been a little busy…

John Ambrose was born February 12, and he and his mother are both doing great. It’s been an adjustment having four little bundles of joy roaming around the house, but it’s well worth it. Obviously this is not a good excuse for my whole absence—much of which was through sheer laziness and finding my time sucked away by a myriad of other projects—but I’ll milk this excuse for all I can!

I hope to make this the first of many more regular and more detailed blogs in the future. In the lead up to publication of The Astrogator there will certainly be more posts! In addition to that novel, I have been working on other books and stories—including a fantasy story set in an altogether new universe! I might have a poll in the next few weeks to determine which story I should focus on next, as it’s so hard for me to choose.

See you next time.