What is "Contemplative" Science Fiction?

I use this phrase whenever I try to describe to friends and family—or potential readers—what The Fire Comes to Thérèse is all about. I’ve never known this description to fall flat—in other words, the label does, to a satisfactory extent, define the concept in the minds of the listener, which, I suppose, is the purpose of such labels.

But what does it really mean?

The dictionary is always a good first step to properly define a term. Dictionary.com defines “contemplation” as

A good start, to be sure, but it is perhaps more important to also define “science fiction” itself. Wikipedia often provides a solid stepping-stone to begin an investigation, and the introductory paragraph describing science fiction does not disappoint:

Science fiction is a genre of speculative fiction dealing with imaginative concepts such as futuristic science and technology, space travel, time travel, faster than light travel, parallel universes and extraterrestrial life. Science fiction often explores the potential consequences of scientific and other innovations, and has been called a “literature of ideas.” (emphasis added)

We arrive at a working definition of contemplative science fiction by concatenating these two entries, particularly focusing on the emphasized area of the Wikipedia summary: contemplative science fiction, most broadly, is the thoughtful observation and reflection about the potential consequences of scientific and other innovations. Is this the intuitive perception of those to whom I describe my particular style of writing? In a way, I think it is. 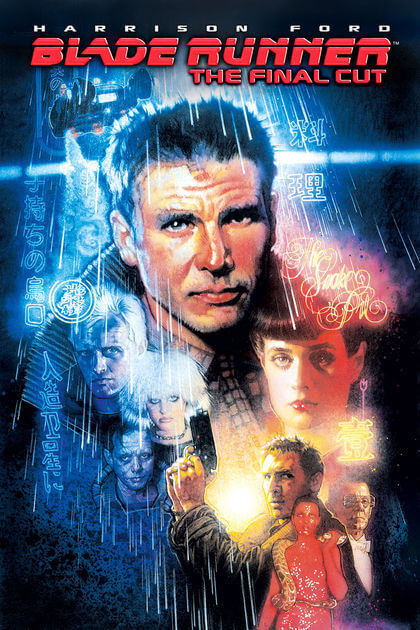 In the interest of providing an example of this sort of layman’s intuition, take, for instance, a comparison between Blade Runner—in many ways considered one of the greatest science fiction masterpieces ever filmed, and the inspiration for countless other works—and another equally popular and unequivocally more financially successful film series, the Star Wars franchise. Both movies ultimately exist to entertain, but it would be quite difficult to say that the two are indistinguishable from each other. From the cinematography to the tone, pacing to the screenplays, both movies are about as different as two works within the same genre have any right to be. I defy anyone to conclude that Blade Runner and Star Wars share the same effect on the audience. Star Wars is perfectly good fun—a thrilling, adventurous, charming story hearkening back to the early days of pulp serials and science fiction magazines—but Blade Runner is something else entirely. It is not the kind of movie that fills the viewer with adrenaline, prompting cheering in the theater or the manufacturing of piles of toys and video games tie-ins. Instead, Blade Runner leaves the viewer with a profound sense of…well, it is impossible to say, for in the way of all of the best sorts of art, the experience of each viewer changes based on their own lives and perspectives. It is not unusual to feel a sense of unease or disquiet, certainly aided by the moody lighting and constant rain of the dark dreary future of 2019. No viewer would confuse Blade Runner and Star Wars; something about Blade Runner allows it to rise beyond mere entertainment.

It is often said that this sort of science fiction causes the reader or viewer to think, as if that were the only feature that differentiates it from the more popular, lighter fare. While this belief is not entirely wrong, it is not entirely all either. I have always found Star Wars to make me think, about a great many topics. What sort of industrial base exists to build such monstrosities as the Executor and the Death Star? What do the other planets think of the Rebel Alliance? What sort of things could a lightsaber cut through if given the chance? But I don’t believe this sort of thinking is the sort we mean when we talk about movies making us think.

I propose instead the following dichotomy: some science fiction makes us think about the universe created in the story, but contemplative science fiction almost forces us to think about our own story, our own universe. And that, I think, is the great benefit of contemplative science fiction. It is well and good to ponder the social structure of Ewoks, but contemplative science fiction forces us to think about our own lives, our own philosophies, and our own worldviews in a way that few other works of fiction can manage. Much of this comes from the fact that not only does contemplative science fiction address these big questions—what does it mean to be human? What is man’s role in society and in the body politic? Is humanity unique and, if so, what are we from the perspective of the universe around us?—but it divorces these questions from modern geopolitical considerations and forces us to confront them in a sort of intellectual vacuum, free of the considerations that would normally keep us from really pondering them. For instance, Star Trek: The Original Series is famous for its own claim in the debate as to which show aired the “first televised interracial kiss“, but it’s a thousand times more influential for its portrayal of men and women from different races, creeds, and ethnicities not only tolerating each other, but co-operating: NASA astronauts have cited Lt. Uhuru as their inspiration for joining the space program, and many watching the show now forget even what an unusual thing it was to show such a multicultural bridge crew. Rather than just discussing the current events of the world, a novel or show or film can dive past all the mental barriers and strawmen of political non-debates that enslave us and instead show the purest form of the argument, often making us profoundly uncomfortable upon observing our own inconsistencies and fallacies laid so painfully bare.

This is the great power of contemplative science fiction, and it is the greats of this subgenre that I wish to emulate in my own writing.